Aryan Khawaja from University College London has been selected to join UK-China Film Collab as a member via the organisation’s Future Talent Programme 2022-2023.

Here is Aryan’s introduction to his proposed one-year project:

“Having a keen interest in both the semiotics and form of film, I’ve found that pursuing a career as a film critic and an undergraduate degree as an anthropologist-in-learning has helped to develop my understanding of the way we interact with arguably the most important artform existing today. Such skills have benefitted me in a number of ways, including winning the Best Young Critic award at LEAFF 2021, being selected as a contributor for the 2022 edition of 1001 Movies to See Before You Die, covering the 79th Venice International Film Festival and, of course, running Grace Notes (my online journal) and being selected for an internship with UK-China Film Collab. 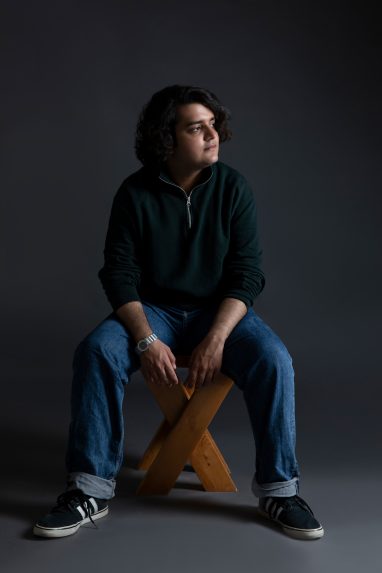 As a second-year Anthropology student at UCL, I have found my training in the ethics and production of both the documentary form and anthropological research to be indispensable in analysing the cultural context of cinema-particularly Chinese cinema, whose rich and varied history is often undermined in contemporary cultural discourse.

That’s why my project for this year is centred on examining critical reception to Chinese film in the UK and discovering alternative modes of discourse in which these films can be discussed. Part of this initiative would involve establishing regular panels and debates on interpretations of particular cinematic texts. In a similar vein, I would also facilitate the establishment of film criticism workshops, where aspiring critics and newcomers to Chinese film alike could develop their film criticism skills through writing about films featuring cross-cultural interaction between China and the West. Through such initiatives, I hope to not only enable short-term cooperation between the Chinese and British film industries but also contribute to a long-term consciousness of how film often engages directly with ongoing social issues.”