The week-long 12th Beijing International Film Festival kicked off on Saturday in the Chinese capital, with 16 nominated films competing for this year’s Tiantan Award.

The 16 candidates include Chinese film “In Search of Lost Time” and works from other countries such as “Anatolian Leopard,” “Call Jane” and “Fast & Feel Love.” A total of 10 winners in different categories will be announced at the closing and awards ceremony of the film festival on Aug. 20.

Besides the competition section for the awards, a film panorama, a college student film festival and several themed forums will also be held during the film festival, according to organizers. 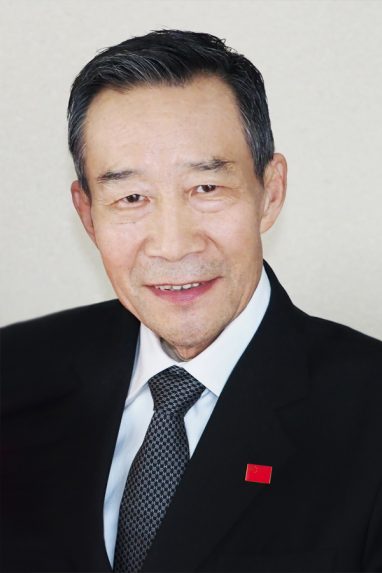 Li Xuejian was the winner of Best Actor at the Golden Rooster Awards and the People’s Hundred Flowers Awards, and recipient of the title and medal of Reform Pioneer, as well as being known as the “Most Impressive Striver”.

Growing up against the backdrop of the reform and opening up policy, Li Xuejian is an excellent performing artist and a role model for Chinese actors. He is good at observing the characteristics of the roles he plays and embraces their life experiences. He has refined his own acting style through theoretical study and actual performance and has created countless artistic images with great vitality and appeal, demonstrating the zeitgeist during the economic development and social changes over the past 40 years. He used to be the 9th chairman of the China Film Association and is now honorary chairman of the China Film Association.

In China, Li Xuejian’s acting skills are even more well-known, with his performances regarded as the backbone of the films he has appeared in. In 1990, he starred in the film Jiao Yulu, which is one of his most representative works. By virtue of this film, he won the Best Actor Award both at the 11th Golden Rooster Awards and the 14th People’s Hundred Flowers Awards, for a double scoop as best actor. In 2011, he won the Outstanding Actor Award at the 14th Huabiao Film Awards for his film Yang Shanzhou.

In 2018, Li Xuejian was awarded the title and medal of Reform Pioneer by the CPC Central Committee and the State Council and was praised as an outstanding performing artist who had promoted core socialist values. In 2019, he was selected as the “Most Impressive Striver”.

In recent years, Li Xuejian has continued to perform in many films. Regardless of the importance of the role, he has always been conscientious and dedicated. 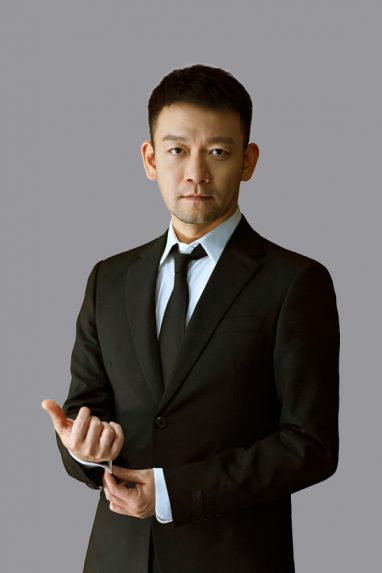 Frant Gwo is a Chinese film director, screenwriter, and producer.

Since 2011, Frant Gwo has been directing feature films and has produced a large number of films that were huge box office hits and enjoyed good reputations. In 2014, he directed the film My Old Classmate and received an excellent reception from audiences. In the same year, the film won the Committee Special Award at the 21st Beijing College Student Film Festival.

In 2019, The Wandering Earth, a science fiction movie, was released and achieved 4.686 billion RMB at the box office, earning it the reputation as the film that “opened the world to Chinese science fiction”. With this movie, Frant Gwo was awarded the Best Director Award at the 35th People’s Hundred Flowers Awards. In the same year, he also obtained the Outstanding Work Award of the 15th “Five-One Project” established by the Publicity Department of the CPC Central Committee, as well as the 32nd Golden Rooster Award for Best Picture, the Best Film Award at the 11th China Film Director’s Guild Awards, and Tiantan Award for Best Visual Effects at the 9th Beijing International Film Festival, along with many other big awards.

His latest film, The Wandering Earth 2, is currently in progress. 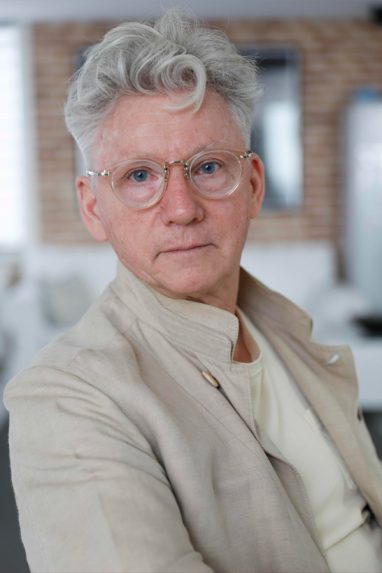 Malcolm Clarke is a British documentary filmmaker and producer.

He has participated in film productions in nearly 90 countries and has won 16 Emmy Awards and 2 Academy Awards. He filmed the documentary A Long Cherished Dream supervised by the State Council Information Office of the People’s Republic of China and under the guidance of the External Promotion Bureau of the Publicity Department of the CPC Central Committee and the Online Audio-Visual Program Management Department of the National Radio and Television Administration. In 2017, he won the 23rd China Documentary Feature Film of the Year with the documentary Heart of a Tiger, and in 2019, he won the Special Recommendation Award of the Jury of the Documentary Section at the 9th Beijing International Film Festival for the documentary Better Angels. In 2014, he served as the chairman of the jury on the Documentary Section of the Golden Goblet Awards at the 18th Shanghai International Film Festival. 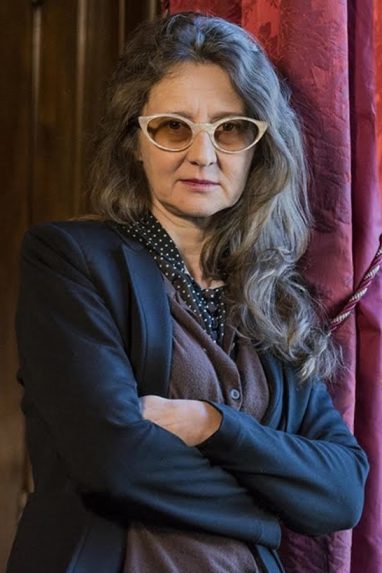 Lucrecia Martel is an Argentine director, screenwriter, and producer. 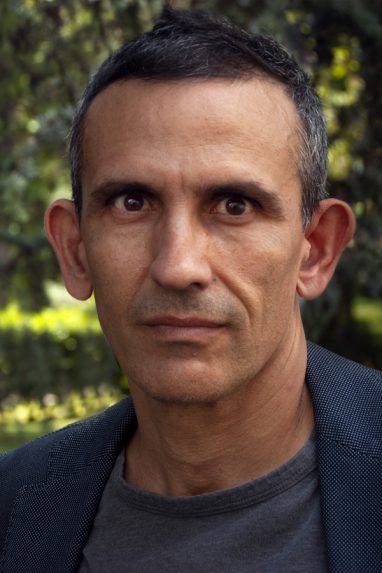 Michelangelo Frammartino is an Italian director and producer.

In 2010, he won the Label Europa Cinema at the Director’s Fortnight at the 63rd Cannes Film Festival for his film The Four Times. In 2021, he won the Special Jury Prize in the main competition section of the 78th Venice International Film Festival for his film The Hole. The film was revealed to audiences in the surprise premiere section of “Beijing Screening” at the 11th Beijing International Film Festival. During the screening, it was hard to get a ticket, and it won unanimous praise from film critics and curators, becoming a hot topic.

In 2022, Michelangelo Frammartino will head the jury of the Venice First Film Prize at the 79th Venice International Film Festival. 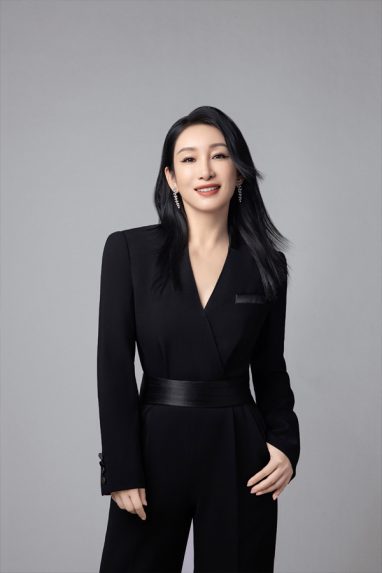 Qin Hailu is a Chinese actress and director.

She is a star with superb acting skills, recognized by people inside and outside the industry. She has won several international and domestic awards. She has acted in A Simple Life, The Piano in a Factory, Return Ticket, Red Amnesia, The Crossing, Cliff Walkers, and many other outstanding films which have enjoyed great popularity among film buffs. 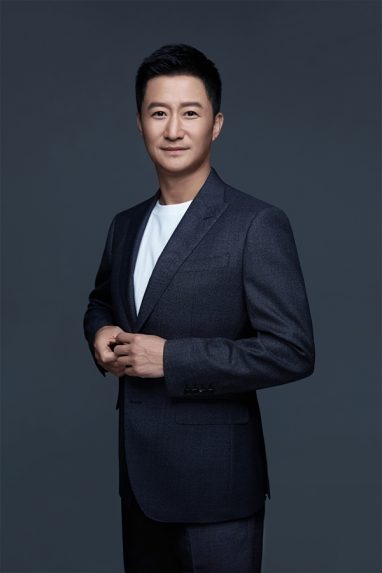 Wu Jing is a Chinese actor and director, and vice chairman of the China Film Association.

He has starred in films such as the Wolf Warrior series; My People, My Country; The Climbers; The Sacrifice; The Battle at Lake Changjin; The Wandering Earth, and My Country, My Parents, and his works have broken Chinese box office records several times. Among them, The Battle at Lake Changjin and Wolf Warrior 2 are respectively ranked first and second on the list of the highest-grossing films in the Chinese Mainland.

In addition, Director Wu Jing was chosen for the 5th session of national young and middle-aged literary and art workers who are brilliant professionally and morally in 2022.

Besides the competition section for the awards, a film panorama, a college student film festival and several themed forums will also be held during the film festival, according to organizers.

Beijing International Film Festival is held in the capital, Beijing, and it was founded in 2011.