The UK-China Film Collab is proud to announce the biggest online Chinese Cinema Season in the UK together with Trinity CineAsia and Filming East, for Lunar New Year 2021, starting from 12 February.

Over 50 films will be on offer over the course of the season, giving the opportunity for audiences to access to the best of Chinese cinema, and enriching the diversity of films available on VOD. The season will be divided into themed sections and mini retrospectives, with the aims of recontextualising titles, enriching UK lockdown life and presenting Chinese culture in a fresh way with new perspectives. Ultimately, the season is a love letter to Chinese cinema.

From February 12, there will be 20 films available and new titles will be added each week, each staying on the platform for one to two weeks at a time. The festival will open with 4 sections: Shanghai Animation Film Studio Retro (10 films), Approaching Reality, Debut Spotlight and Domestic Hits.

The Shanghai Animation Film Studio Retro section will showcase 10 Chinese animation classics dated from the 1950s to the present. All films have recently been remastered to the highest quality (2K) and will appear in the UK for the very first time. SAFS is the oldest and the most respected animation studio in China. While animation fans in the West are more familiar with Japan’s Studio Ghibli, it in fact owes its inspiration to Chinese animation tradition. The master Hayao Miyazaki visited the Shanghai studio in 1984, before he set up his own a year later. Throughout the years, many in China have invited the master to deliver classes, but he always refused, saying “I don’t have anything to teach, you have the best studio in Shanghai. It is I that have to learn from the Shanghai studio.”

In this documentary section, four films will be released this month (with at least six more to come): Double Happiness Limited (2018), A Yangtze Landscape (2017), Bazzar Jumpers (2012), and Daughter of Shanghai (2019). These are documentaries focusing on different sides of Chinese society and Chinese culture: family and marriage, geographical landscape, minority youth groups, and the international diaspora female figure. This section is in collaboration between CCS and Cathayplay, an international Chinese documentary film platform. 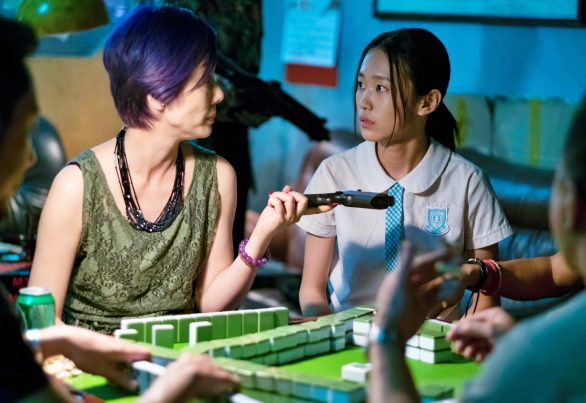 This section introduces contemporary Chinese directors and their striking debuts. Three films will be shown in the opening month: A First Farewell (2018) by Lina Wang, The Crossing (2018) by Bai Xue, and The Silent Holy Stone (2006) by Pema Tseden. Encompassing Mandarin, Cantonese (The Crossing), Tibetan (The Silent Holy Stone ) and Uyghur (A First Farewell )dialects and cultures, these films reflect how diverse life can be in the different regions of China. 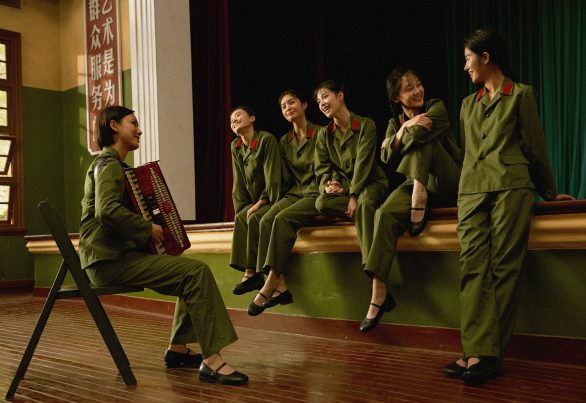 In recent years, the world has witnessed the rise of the Chinese mega-blockbuster and the seemingly unstoppable rise of the film industry in China. this section features commercial films that triumphed at the domestic box-office with relatively high production value. For the opening month the following are showing: Sheep Without a Shepherd (2019), Youth (2017), and The Captain (2019).

As one of the “Sixth Generation” directors, Lou Ye has been regarded as a “true artist”, an “authentic filmmaker” and a “constant fighter” of censorship. Despite the controversies, he achieved great success both in China and worldwide. He was nominated and won numerous awards owing to his unique editing style and camera movement, as well as his sharp observations and narratives about marginalised people and typical, but often undocumented, social phenomena in China. In this section, we will premiere Lou Ye’s penultimate film, Shadow Play, which took two years of editing to get the greenlight from authorities. 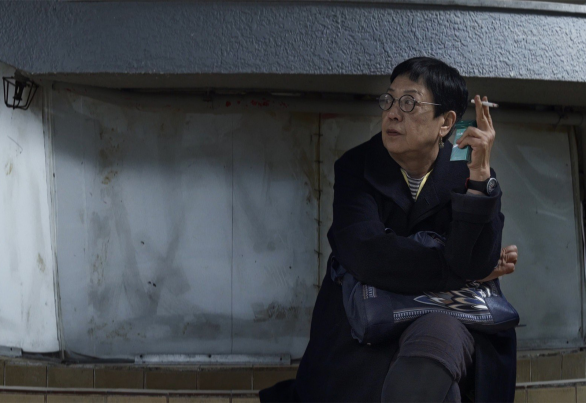 The “Hong Kong Reimagined” section has been thoughtfully curated by the UK-China Film Collab. Its daring and provocative curatorial ambition is to enter current public debate about the region with a list of films that have not been widely available in the UK. As the largest recent showcase of Hong Kong cinema in the UK, this programme is a unique journey of Hong Kong people and their ways of resolving cultural conflict across different historical periods. Viewers will also experience how the British expat community have been represented in Hong Kong cinema throughout the history. To some, this will come as a shock. Hero or villain? The debate is open to all.In partnership with the Academy of Film, Hong Kong Baptist University, four student films are included as part of the programme. Film students in the UK will be able to see fresh works by the latest talents from Hong Kong, for free. Thanks to the Academy, viewers will have an opportunity to participate in a series of Q&As with directors, such as Alex Law. The full programme will be announced in March and available from 6 April.

Alongside the films on show, there will be Q&As, and free panel discussions with industry professionals, filmmakers, actors, and academics. The UK-China Film Collab will be organising and hosting 9 themed panels as part of the festival. Registration is now open for the first 4 panels:

We look forward to engaging with you during the festival period on social media.