How do filmmakers depict unique Chinese regional cultures in their films? From 3rd to 9th June, the final programme “Chinese Regional Cinema” in this film festival presents 4 films that discuss the diverse cultures across China, aiming to break the supercity-dominated stereotypes of Chinese cinema. These films span the country geographically and explore the ambiguous relationships between people and regions as a journey to discover the different lifestyles of areas from the Northern to the Southern China. As situated with ordinary families amid the times, this programme navigates the humid South, the chilling Northeast, and the mysterious Northwest of China, revealing the sorrows and sweetness of ordinary people and the conflicts among individuals, families, and society.

Dwelling in the Fuchun Mountains and Drifted in Life calmly portray ordinary families’ incidents along with the development of city and society in the Southeastern China. Wisdom Tooth reveals the story of a sister and a brother, found in an ambiguous, romantic, yet  heartbreaking relationship in the snowy Northeast  of China. Great Happiness takes viewers to the Northwest of China to experience both happiness and challenges three young adults need to face in the fast-developing city.

Single film and special passes can now be purchased via the festival’s official website – odysseychinesecinema.uk. The festival offers a range of options, including a festival full pass, a section pass, as well as a standard single film rental to meet different needs.

Dwelling in the Fuchun Mountains 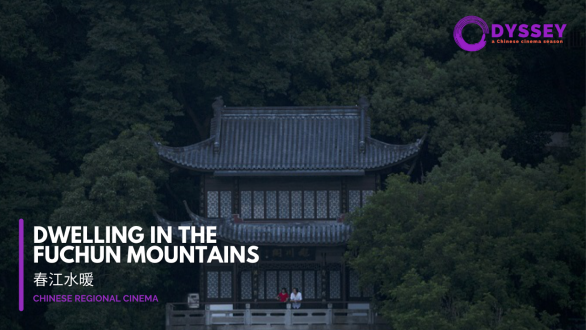 One family’s destiny unravels according to the rhythms of nature, the changing seasons, the life of a river… 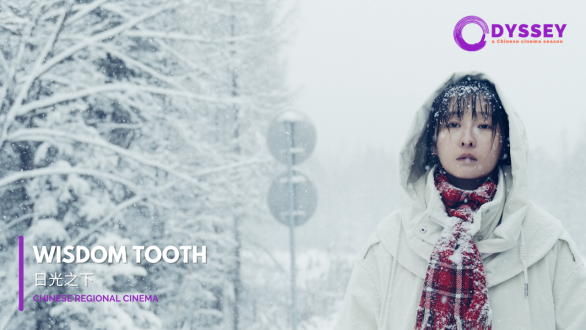 Xi Gu is about to lose her job because of her undocumented citizenship status. While using all her social connections to get official registration papers, she also faces another challenge: getting along with her brother’s new girlfriend, Qingchang.

As winter sets in and temperatures plunge, the relationship between Xi, her brother Liang, and his girlfriend becomes increasingly unclear, threatening to freeze over itself. Meanwhile, more trouble brews as a dead body is found floating in the sea, and a mysterious tape repeatedly brings Xi to flit back and forth across the boundary of youth and adulthood. What she doesn’t know is that she is about to lose everything. 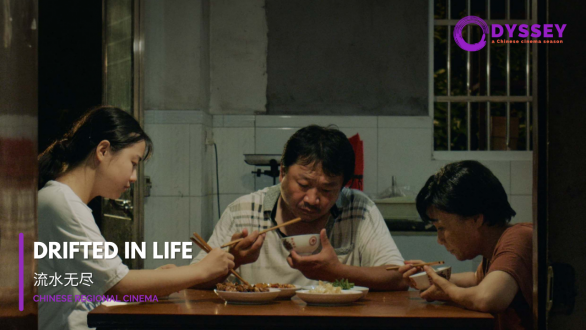 Drifted In Life tells a series of family stories following Grandpa’s accident. Through each family member’s journey, the essence of life is revealed to be solutionless. 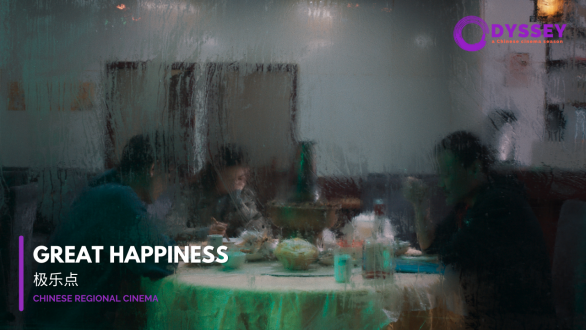 Great Happiness is an ensemble film centering on three good friends who have grown up together in Xining, the capital of Qinghai province. They have their own visions of a bright future within this ever-expanding city. Belonging to the generation born at the time of the one-child policy, the three young men are confronted with triple challenges: the frustrations of pursuing  personal ambitions, the burden of supporting a large family, and the overpowering presence of social expectation.

Single film and special passes can now be purchased via the festival’s official website – odysseychinesecinema.uk. The festival offers a range of options, including a festival full pass, a section pass, as well as a standard single film rental to meet different needs. Hosted by Shift 72, the festival’s official platform is now live: users can register to preview trailers, and watch films from other sections.

Odyssey aims to empower a shared appreciation of film, to create an inclusive cinematic experience, and to encourage cross-cultural understanding. From 10th May to 10th June 2022, with more than 60 films in 8 curated sections, 10 panel discussions and many inspiring Q&A sessions, we bring you a whole month of outstanding and innovative Chinese cinema that promises to illuminate your mind. The festival will not only introduce the latest young Chinese film talents to the UK audience, but also provide forums for professionals to exchange creativity and business ideas.

Odyssey takes place in a hybrid format in 2022. The opening film screening was  hosted in person by our venue partner, the Picturehouse Cinemas, in London and Edinburgh on 10th May with a reception. Most of the programme is available online for all audiences across the country, and we have also organised several pop-up special cinema screenings throughout. The online festival platform of Odyssey is powered by Shift 72.