Nowadays, the Chinese box office is the largest and most valuable in the world. In 2020 it was worth $3 billion, overtaking the US box office.

It is odd that such a significant country that produces some of the highest grossing films ever has struggled to reach international screens. I spoke to Professor Chris Berry from King’s College London to discuss why it is so rare to see Chinese films in UK cinemas.

China does not need to export their films when the domestic market is already so huge. With such a reliable market at home, Chinese films are often aimed at Chinese audiences, which deters foreign distributors. China is willing to export films and makes an effort to do so, but other countries are not always willing to buy them. How did we reach such a frustrating impasse and is there any hope to overcome it?

Chris tells me that the academic field of Chinese film studies has grown massively in the last few decades, but it can still be difficult to teach, as many Chinese films, especially older ones, are not readily available. And older Chinese films with English subtitles are even rarer to come across.

This language and subtitle barrier means that Chinese films are having a hard time abroad. Distributors don’t like subtitled films – because they think that audiences won’t like them. Because of this, Chinese films often end up being limited to screenings in art house cinemas. Chris highlights however, that it has historically been Chinese films that have been able to break through the language barrier in a way that had not been done before by non-English language films.  ‘Crouching Tiger, Hidden Dragon’ (2000) and ‘Hero’ (2002) were famously popular in the English-speaking box office.    “These were the first non-English language films to have mass market release in North America and be major hits.” 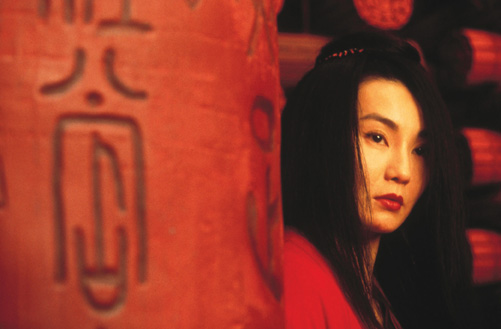 This confused me- these films are culturally and linguistically Chinese, so why would a western audience suddenly open their minds? One difference is that these are “visual films” and “not really dialogue driven.” The concept of a martial arts film was exciting enough to attract western audiences, and appealed to the already established audience for “male action cinema”. The key element of these films is that they strike the balance between being accessible to western audiences, but still being fresh. In contrast, the ‘Wolf Warrior’ films and ‘Operation Red Sea’ are described by Chris as very similar to ‘Rambo ‘and ‘Top Gun’. These films are using the American cinematic language, which may be relatively new to Chinese audiences, but is familiar and repetitive to western audiences. Chris notes that it is hard to find a public for a film like this outside of China, because how can you market a film that is “like a Hollywood movie but it’s got subtitles” ?

It also doesn’t work the other way around. ‘The Great Wall’ (2016), a Chinese-American co-production, attempting to make a martial arts film for American audiences, was an infamous flop. Just because the protagonist was played by Matt Damon, audiences and critics alike were not impressed by the East-West mash-up that had none of the exciting authenticity of films like ‘Hero.’

Recently, we have seen examples of Korean popular culture being able to break through the language barrier. Feature films like ‘Parasite’ have had extended success outside of Korea. It is possible that this could entail further success for other subtitled films. However, Chris makes it clear that Korean popular culture is not submitted to political censorship as Chinese film.

When it comes to Chinese film, western audiences are put off by what Chris calls the “patriotic obstacle.” That is the undeniable fact that Chinese films, although often made by private production companies, are subject to censorship. Foreign audiences feel alienated from Chinese films, because they struggle to overcome the patriotic, arguably political undertones to many Chinese films. Famous filmmakers like Jia Zhangke who gained popularity in China making films with an “ambiguous” legal status were put under pressure to make films legally under the inspection of the Film Bureau. It is, however, important to note films like Jia Zhangke’s ‘Still Life’ (2006) that were made legally, are by no means mass-produced. ‘Still Life’  is unquestionably arty and acknowledges the price of modernisation. Chris states that the film is not openly against the political regime, though I believe it can be read as  a criticism of rapid industrialisation. 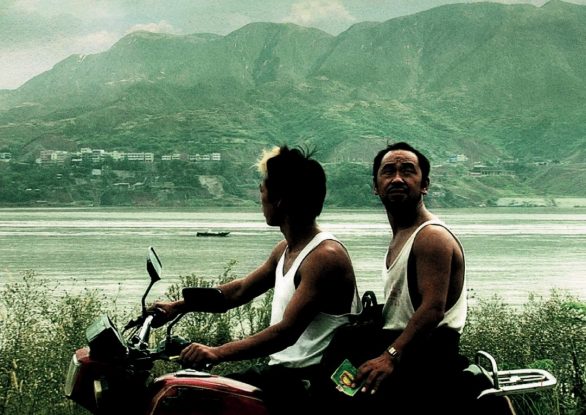 Western audiences are also deterred by the culture difference that may prevent them from understanding intertextual or historical references in Chinese films. However, it is more the political discomfort that prevents Chinese films from travelling abroad. Chris explains that even in other Asian countries such as Japan or Thailand where the audiences would likely have enough “cultural proximity” to relate to Chinese cinema, Chinese films are unsuccessful. Even in Hong Kong and Taiwan where there is significant cultural overlap with mainland China, Chinese cinema does not seem to translate. This could be due to contemporary political issues, such as disputes regarding the South China Sea, making local audiences feel uncomfortable watching Chinese films.

Chris highlights that part of the problem is how journalism often labels all Chinese films as “propaganda.” This word invokes a sense of fear by leading audiences to believe that Chinese films are something inherently “manipulative.” We must however remember that the label of propaganda is a “journalistic trope” that is used out of suspicion. Although films have to pass censorship, a lot of Chinese films are not produced by the government or state-owned organisations, but instead by private companies. Can an intelligent viewer not be aware of political influences and still appreciate a film, as indeed they should do for any media originating from any country?

With so much misinformation, suspicion and cultural confusion, it’s easy to feel overwhelmed, but Chris points out that it shouldn’t be difficult to find a Chinese-language film to watch. Much of Chinese cinema is driven by audience demand, and leans heavily into popular genres. Chris tells me about  ‘Finding Mr Right’ (2013): a Chinese rom-com that features all the familiar tropes of misunderstandings, chance encounters and messy relationships. I was surprised by the familiarity of the story, but had to ask myself – why would a Chinese rom-com not use the same formula as any other rom-com? Chris also tells me about ‘Lost in Thailand’ (2012) and ‘A Simple Life’ (2011) as further examples of comedy and drama genre films respectively. Films such as these are a way into understanding Chinese cinema – we have the familiarity of the genre to guide us, whilst we partake in a new cultural experience.

Films like ‘Hero’ and ‘Crouching Tiger’ have proved that Chinese films can find success abroad, so there is certainly hope for Chinese-international film relations. However, as production companies, distribution companies and the exhibitors have struggled to reach an agreement, it may lie with the individual film viewer to break the cycle.

Opinions and thoughts expressed on this website’s ‘Commentary’ column reflect only the author’s views.
Commentary 10.11.2021