Commentary | Chinese Characters On Screen and the Power of ‘First Cow’: A discussion with Orion Lee

“The bird a nest, the spider a web, man friendship.”

This quote from William Blake’s ‘Proverbs of Hell’ prefaces ‘First Cow’ and wonderfully encapsulates the essence of the story. Orion Lee, who plays one of the protagonists, tells me about the humanity at the heart of the film.

“It’s so complicated and … yet at the same time it’s so simple because it’s about friendships and love.”

The film tells the story of a friendship between two outsiders in 1820s America, who band together in the enterprise of selling cakes made with milk stolen from the first cow on the territory. The film’s unusual plot tells us that we should not expect the usual superficial narratives and archetypes of westerns, but something far more reflective.

“The wonderful thing about it is you can find many, many other facets to it which you, as an individual, might find fascinating, and another person might not notice at all… Kelly [Reichardt] leaves it open for the audience to participate in the definition of what the movie is.”

Where one viewer might see the film as a gentle and hopeful tale of friendship in times of hardship, another viewer might see it as a brutal criticism of capitalism. The film opens in modern day America, before transitioning gracefully into the past, where the majority of the film takes place. The opening sequence allows the viewer to reflect on the present, and note how the same economic situation and power dynamics that affect our protagonists are still relevant today. 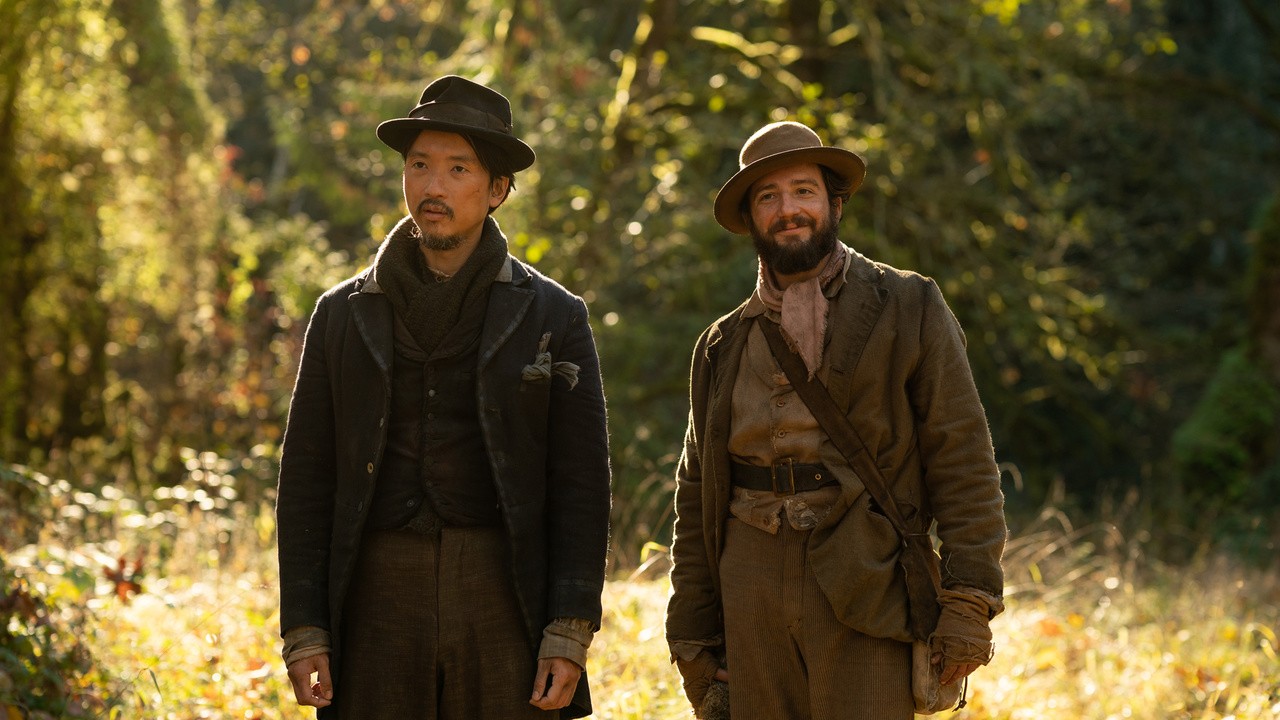 Of course, ‘First Cow’ cannot be reduced to a one-issue film ; the story is about politics, economics and the human experience in general. Orion explains that marketing films or characters as “Chinese” can be problematic, even though it may be useful to establish a niche audience. It can reduce a film to its racial issues where it may not be relevant and may detract from the film’s other merits. Despite this, Orion tells me that he does talk about King Lu as a Chinese character, because the concept of having a Chinese person in the wild west is “vital and revolutionary,” and the film is at least partly about the diversity of frontier life in America.

More than just representation of Chinese characters, the film shows us a different kind of protagonist. These quiet and thoughtful characters are unusual, especially in westerns which love the loud and aggressive Hollywood heroes. I ask Orion if the film could represent a shift, and he tells me it’s all about the “weight of inertia.” Filmmakers are still tempted to follow “the thing that works” and for many films, this means falling on tradition. The “vast majority of people still think Western : gunslinging [and] cowboy hats”, so this is how westerns will probably continue to be made, but hopefully films like ‘First Cow’ will “open people’s minds to the possibility” of something different.

Even as a reasoning and intelligent person, the media you consume “affects your perceptions and belief structures unconsciously.” Orion highlights that if you haven’t experienced something directly, you will always fall back on what you have seen in the media as your framework for understanding. He tells me that when he studied law, he found himself surprised by what he saw the first time he went into a courtroom. He tells me that, although he logically knew what to expect, he had absorbed an experience of courtroom life from the TV show, ‘L.A. Law.’ Of course, sadly, the reality was a far cry from the glamorous and exciting presentation he’d seen on TV.  He tells me that these expectations were built unconsciously, and this is what happens to us all. This is why King Lu is such an important character. If we don’t see Chinese characters on screen, our understanding of diversity in the world and history will be skewed.

Unfortunately, the issue is not always as straightforward as simply getting Chinese characters on-screen, it also comes down to avoiding stereotypes.  Often, the basis of a character comes from the unconscious influence of media – “If you do not have direct experience, it’s colored by what you’ve seen in the media..the first place that your mind will go is cliche.”

“So unfortunately when characters get written, that is what will happen if it’s not written by somebody who has authentic experience of the subject.”

The film was inspired by ‘The Half-Life’ by Jon Raymond, who also worked on the screenplay of the film. Orion says that the authenticity of the writing was part of what makes King Lu’s character different. “The author had a friend in high school who was Asian American” and so based his writing of an Asian character on genuine experience. King Lu “was an amalgamation of two different characters” from the book, which allowed some space in the film for Orion to bring in his personal experience of being a Chinese immigrant.

“I could create a backstory for this person to make him feel more real to me and to have that depth.”

King Lu is certainly a nuanced and authentic character, and Orion explains that is also thanks to the time that is given to King Lu on screen.

Because when you give a character more screen time, “you can see more of a complete person.”

Orion has previously played a Chinese waiter, and although this situation “is the truth” for some Chinese people, it is also “a cliche.” Characters can only develop if we are shown more than just the stereotype. If, for example, the Chinese waiter had a backstory, goals and relationships, the viewer would see a “a full person”; part of the character may be the “accurate” fact that he works in a Chinese restaurant, but it is not this that defines his character.

At one point in the film, King Lu leans into the mystical stereotype often associated with Asian characters, and hides the fact that there is stolen milk in the cakes by saying that the cakes were made according to an “ancient Chinese secret.” The film is aware of stereotypes, but ensures that we see beyond this moment, giving King Lu time to stand on his own feet as a developed character.

“It was amazing to be able to play with that time, to have the opportunity to play a complex character where you get to see all the facets of this person.”

Watch ‘First Cow’ on MUBI (https://mubi.com/films/first-cow) and other streaming platforms.

Read other articles by Martha Harwood:

Misrepresentation and Masculinity: A conversation with Dr Derek Hird on Chinese cinema