After a series of special screenings initiated by different orgnaisations including ourselves to celebrate the 20th anniversary of Hero (2002), Showroom Cinema in Sheffield is about to present a 35mm screening of this classic too. This screening is programmed by one of Showroom’s Young Programmers, Captain – Xiaolian Qiu, who is also a member of UCFC’s 2021-2022 Future Talent Program.

One determined assassin (Jet Li), three respectful warriors (Maggie Cheung, Tony Chiu-Wai Leung, and Donnie Yan), and one ambitious ruler.
In order to kill the king, the assassin has to win against the three warriors, not because they are protecting the ruler but because they also tried to kill him.
What do we kill for?

This is a SPECIAL SCREENING with an Intro by Young Programmer Captain – Xiaolian Qiu
+ a post -screening Q&A with Dr Wayne Wong, Lecturer of East Asian Studies at the University of Sheffield, martial arts film specialist.

In 2002, Hero, the first martial art film directed by Zhang Yimou, was released. It broke the highest cost of film production in China and then created a record-high box office. Two years later, when Marx Mara, the American distributor of Hero, finally listened to Quentin Tarantino and released the subtitle version of Hero, it immediately jumped to the top1 weekend box office, and double the box office income the next weekend. 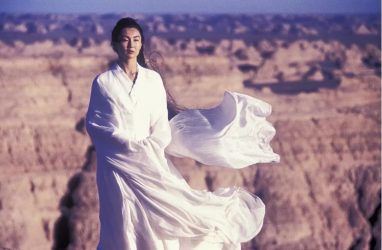 It has been widely and controversially discussed by critics internationally since its first release. It was reviewed as “a film re-defined martial art genre” “legendary movie better than Ang Lee’s Crouching Tiger, Hidden Dragon” while receiving great doubts like “plainly putting all the symbols representing Chinese cultures on the screen” “over romanticise the history” “supporting the potentially fascist unifying propaganda of the King of Qin” in the meantime.

The story surrounds a swordsman, Nameless (Jet Li), who had trained himself brutally over a decade for only one reason, to assassinate the tyrant of Qin (Chen Daoming). Tree warriors, Broken Sword (Tony Chiu-Wai Leung), Flying Snow (Maggie Cheung), and Sky (Donnie Yen), had almost succeeded to kill the King before. The King, therefore, issued a bounty: whoever kills them will be honoured with a drink with the King in the palace. The closer he gets to the King, the greater the chance to kill him. When Nameless eventually brings the King the life-symbolling weapons of the three warriors, he starts telling the story of their combats to the King. However, the more details of the duels they disclose, the more uncertain the facts are.

Hero adapts a historical story, the assassination of the King of Qin state, to a Roshomon-like tale, detaching the film from the serious history while challenging the widely accepted narratives. Combined with the bold but poetic depiction of the martial art scenes, Zhang successfully made Hero a martial art epic that brought him both fame and bothers. But no matter how it has been critised, Hero is still generally considered one of the best martial art films, and one of the best and the most successful of Yimou Zhang.

Signified by the blockbuster-like box offices, the nomination of multiple significant film awards including the Oscar, Golden Globe, and Berlin Golden Bear, the reactions to Hero from the global audiences 20 years ago can still give you a direct message today —— you don’t have to be an expert of Chinese culture to enjoy this film. As Yimou Zhang stated, it is a film that he made for “more people to enjoy”. 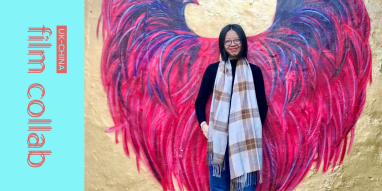 This is a Showroom Young Programmer Takeover Screening by
Captain – Xiaolian Qiu, Member of UCFC Future Talent Program 2021-2022. Her email address is:
xiaolian.qiu@ukchinafilm.com

Please do not hesitate to contact her for any collaboration idea with UCFC from the North of England.

SHOWROOM CINEMA is one of Europe’s largest independent cinemas, and the most vital independent cinemas in the U.K. With four screens showing everything from dazzling Oscar winners to European Art House gems and classic re-releases, Showroom Cinema is Sheffield’s only independently programmed cinema.

Showroom Cinema thoughtfully designed multiple membership schemes for ranges of audience groups. Cine26 is a free-to-join scheme that specially designed for everyone aged 26 or under. Members can see any film from our regular programme, on any day at any time, for the amazing price of £4.50*.