To celebrate the 30th year diplomatic relation between Israel and China in 2022, Shanghai hosts the second Israel Film Week since 15 years ago. This film exhibition event is under the guidance of Shanghai Film Bureau and organised by Shanghai Film Distribution and Exhibition Association.

The opening ceremony took place on December 23 in the evening at Baiyulan Plaza, supported by the Consulate General of State of Israel in Shanghai.

There has been a long history of Jewish settlement in Shanghai, not only during the turn of the century for businesses but also during the WWII. Shanghai became a new home for many Jewish refugees for their escape from Nazi. To document this important history, the local government established the Shanghai Jewish Refugees Museum where it welcomes visitors from around the world.

Shanghai is the most active city in China for audience to engage with foreign films. Israeli directors such as Yoseph Cedar and Gila Almagor are particularly appreciated by the Shanghai based audience. This is second Israel Film Week Shanghai hosts since 2007 and all of the 9 screenings have sold out immediately since its opening. Among other foreign film weeks in Shanghai, this once again demonstrates a rising demand for non-Hollywood films in China, particularly in first Tier cities like Shanghai where audiences are more educated and cultural.

Below is the full programme of the Israel Film Week in Shanghai: 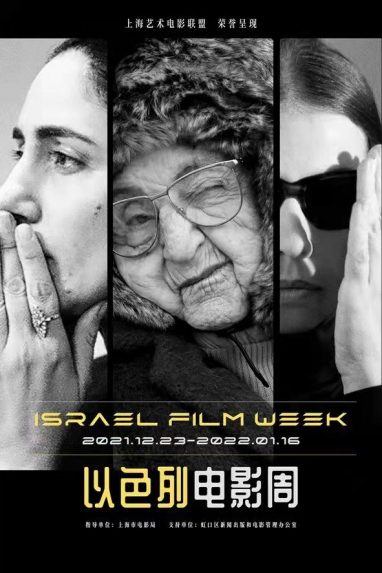 As we continue to advocate, we hope to see more regular showcases for British cinema in China and we as a team have been working hard with different partners to realise this ideal.