This is a rare chance to see some of the most influential cinema made in Hong Kong from a master of the game on a big screen.

The Heroic Mission: Johnnie To Retrospective will be presenting 3 films from Hong Kong director Johnnie between 7 and 14 July at The Prince Charles Cinema in London. This programme is curated by Riley Wong, MA Film Curating student at the Birkbeck University of London. She is currently undertaking an accredited placement with the UK-China Film Collab, who wishes to bring more Hong Kong auteurs to the UK audience. Jointly presented by UK-China Film Collab and Trinity CineAsia, this retrospective provides a wider context of the societal changes in Hong Kong in recent decades. It wishes to inspire a new scope for ideas and discussion.

‘The Heroic Mission’ is named and inspired by two titles of To’s films during the 90s: The Heroic Trio (1992) and The Mission (1998). The imagery of ‘hero’ created by To in most of his films represents a fated statement: ‘We all came with a mission’. Influenced by the film directors King Hu, Sam Peckinpah and Akira Kurosawa, To enjoyed his international breakthrough with his film noir signature and gangster films. To specialises in angling at different characters in daily life and portraying their inner struggles and conflicts between desire and making choices. To once said, ‘I can see two to three faces of a person.’ Three films have been selected in this programme and each tells a different story about heroism.

To discussed the complexity of  humanity and our ‘principles’ in Life Without Principle. Those ‘principles’ could refer to honesty, kindness and loyalty. To discovered how the principles can be distorted under this crazy capitalist city. The story consists of three characters: an ordinary bank teller is forced to sell high risk securities to her customers, a small-time thug who delves into the futures index hoping for easy money, and a police inspector who is suddenly desperate for money. Three characters and three separate stories never met in the film but their fates intercrossed to each other.

After revealing the multiple faces of humanity, To still believes in kindness. In the first half of Running on Karma, it explained To’s understanding of ‘karma’ which is fated and unshakeable. When Lee Fung-yee found herself had to die because of her past life as a Japanese soldier killing civilians, she was confused and wondered why it happened to her even though she was so kind and never had done any wrongdoing. To denoted his attitude and opinion on how we should live with our fated Karma. Lee Fung-yee decided to make her death more meaningful. Running of Karma has been identified as one of significant experimental films and in collaboration with his life-long colleague Wai Kar Fai.

In Breaking News, To manifested the missions of police and the villain. Demonstrated the complicity of the police organisation, To doubted the purposes behind the mission of the police whether it is only a responsibility to secure citizens. Inspector Rebecca in this film decided to redeem the police credibility and the collective reputation by directing a ‘show’ in an operation and utilising the power of media to create a perfect heroic image. Detective Cheung was always out of command and deviated from the operation, which indicated his self-desire and paranoia of catching criminals. On the other hand, To has shown the tenderness and human side of the fierce villains but not beautifying and praising their brutal violences. The killer in the film wanted to go home and the leader of the thieves dreamed of setting up his own small business after their jobs. There was a hope behind their missions. 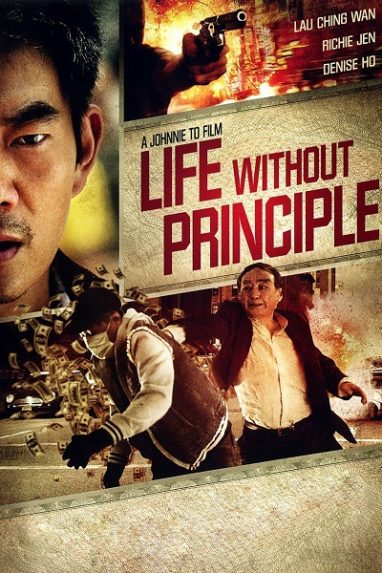 The story consists of three characters: an ordinary bank teller is forced to sell high risk securities to her customers, a small-time thug who delves into the futures index hoping for easy money, and a police inspector who is suddenly desperate for money.

“Hong Kong Helmer Johnnie To finds greed to be the root of all evil in his patchy “Life Without Principle.”  – Variety 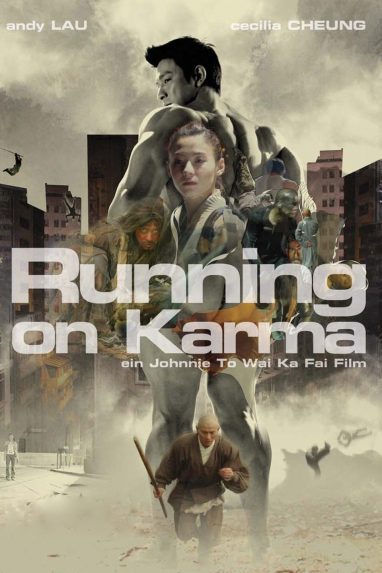 This is the story of a Buddhist ex-monk and bodybuilder named Big, who is endowed with the mysterious power of seeing the karma of other people. Big works as a stripteaser, which, in view of his silhouette, turns out to be a lucrative business. During one of his shows, he meets a beautiful woman-cop and notes that she has a very bad karma. He decides to help her. 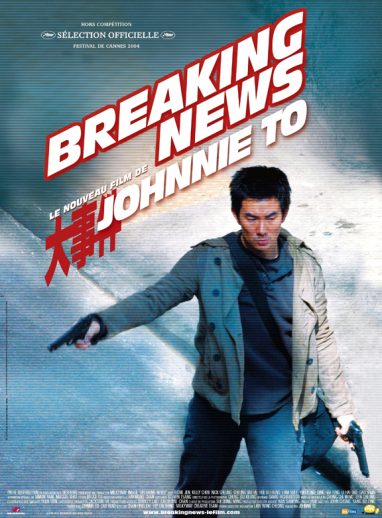 When the TV news unit broadcasts the embarrassing defeat of a police battalion by five bank robbers in a ballistic showdown, the credibility of the police force drops to a lowest point. While on a separate investigation in a run-down building, detective Cheung discovers the hideout of the robbers. Cheung and his men have also entered the building, getting ready to take their foes out any minute. Meanwhile, in order to beat the media at its own game, Inspector Rebecca decides to turn the stakeout into a breaking news show.

‘Breaking News’ is punctuated by tension-filled action set-pieces, but its main draw is the sharp characterisation and the insightful critique of the media that fills most of the running time. – Far East Film Festival