Electric Shadows: Leicester Chinese Film Festival is an inaugural event to be launched in the city of Leicester this winter, scheduled to take place between the 14th and 20th of November.

The festival will not only include a screening programme of the latest Chinese-language films at Showcase Cinema, but also a series of events dedicated to free Mandarin lessons by the Confucius Institute at De Montfort University as well as industry networking at the LCB Depot. This is the first ever festival dedicated to the celebration of Chinese cinema in East Midlands.

Here is the main content of the programme for this year’s festival:

A Chinese and Indian romantic comedy has been thoughtfully chosen as the opening film for the city of Leicester. A UK premiere screening and a opening ceremony will take place on Monday evening, 14 November.

A love story between a Hong Kong Chinese girl and an Indian boy, set in the city of Hong Kong. It encapsulates the drama of conflicts caused by racial discrimination as well as differences in social-cultural, lifestyle, and family values. At the same time, it combines the emotions of tears, joy, and humor with song and dance. 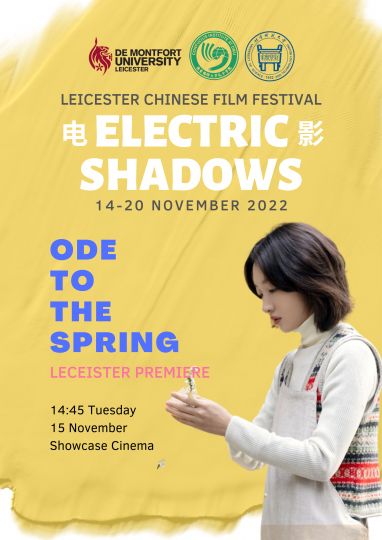 Since the beginning of the Covid outbreak, Li has been taking care of his girlfriend Xiaoyu and his future mother-in-law, both of whom are taken to different hospitals with Covid symptoms. For the sake of Xiaoyu’s recovery, Li decides to withhold the news of her mother’s critical condition. A doctors’ couple struggle to keep up with lack of PPE and a growing influx of patients. At the same time, they must reckon with what the exposure to the virus might mean for themselves and their family. Two opportunistic traders plan to sell masks for a profit. When they approach the deserted city, they reassess their plan. 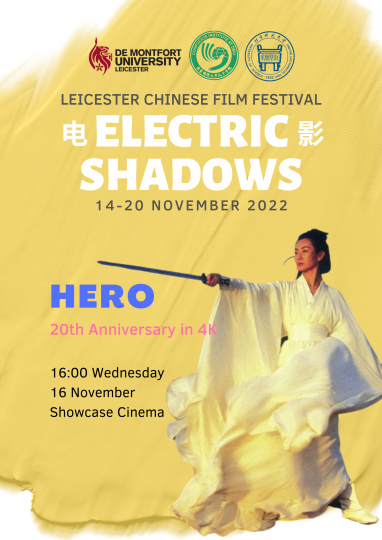 In ancient China, before the reign of the first emperor, warring factions throughout the Six Kingdoms plot to assassinate the most powerful ruler, Qin. When a minor official defeats Qin’s three principal enemies, he is summoned to the palace to tell Qin the story of his surprising victory. 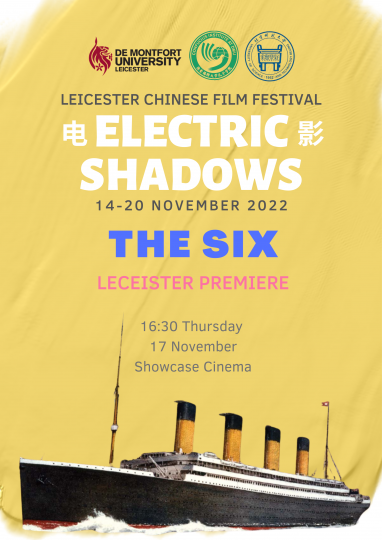 When RMS Titanic sank on a cold night in 1912, barely 700 people escaped with their lives. Among them were six Chinese men. Arriving in New York with the other survivors, the six were met not with compassion, but suspicion and slander. 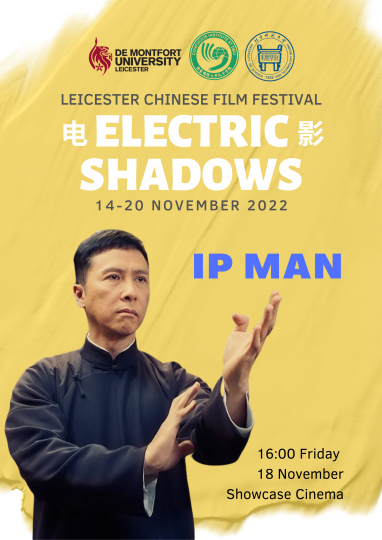 During the Japanese invasion of China, a wealthy martial artist is forced to leave his home when his city is occupied. With little means of providing for themselves, Ip Man and the remaining members of the city must find a way to survive.

Bramble always wanted to be like his big brother Briar, but somehow he always manages to get into trouble. After meeting the “alien” Avi, he embarks on a different path. No longer a timid bear who always hides behind his brother, Bramble finds courage to help out his new friend, and battles to protect the earth from encountering the same crisis Avi’s people faced millions of years ago.  Can they save the planet from crisis? 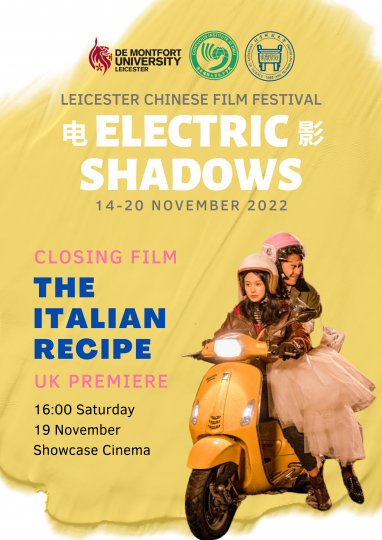 Peng is a spoiled pop star from China. When he comes to Rome for a reality show he meets young Manman, a simple girl with a big dream: becoming a great chef. The two of them will spend together a night that will change their lives.

All screenings above are English subtitled. 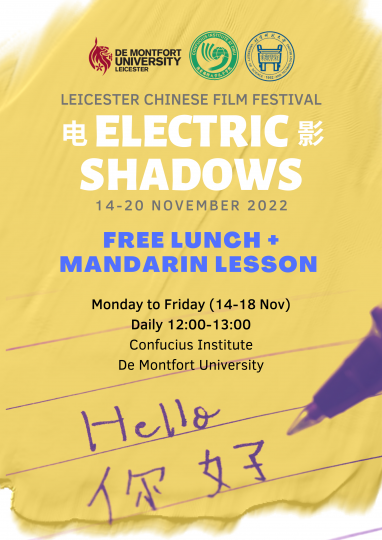 During the festival period, there will be free lunch and mandarin lesson session daily at the Confucius Institute. All the lesson contents are inspired by film dialogues and clips will be used to inspire learning. Leicester based professionals and managers are welcome to join. 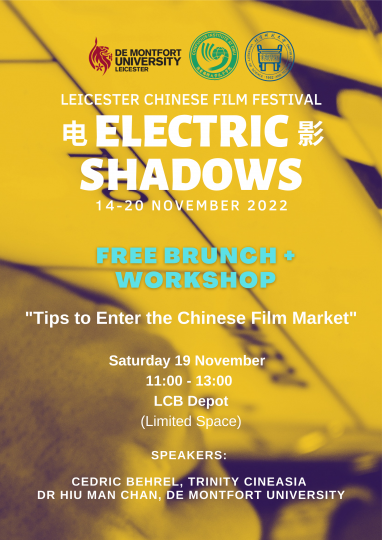 Are you a filmmaker or company in Leicester? Do you want to gain some tips about how to enter the Chinese market, one of the biggest globally? Come and join our special speakers, Cedric Behrel from Trinity CineAsia and Dr Hiu Man Chan from De Montfort University as well as UK-China Film Collab to learn from their expertise.

To mark the last day of the inaugural film festival, on Sunday 20 November, we will be organising the 1st ever Leicester Bruce Lee fan gathering in the heart of the city. More details about this gathering and the rest of the programme will be announced in due course. Stay tuned.

We hope that you will enjoy the programme that we have prepared for you and shall look forward to seeing you at the festival in November!

Volunteers of the festival include students from Global Arts and Festivals Management BA and Cultural Events Management MSc at De Montfort University.