This 3-day Chinese film festival is presented to you by Liverpool Confucius Institute in collaboration with UK-China Film Collab. Between November 5th and 7th, we have brought you three films that are in different genres, about different stories. We hope these films will intrigue your curiosity about contemporary China and its ordinary people. 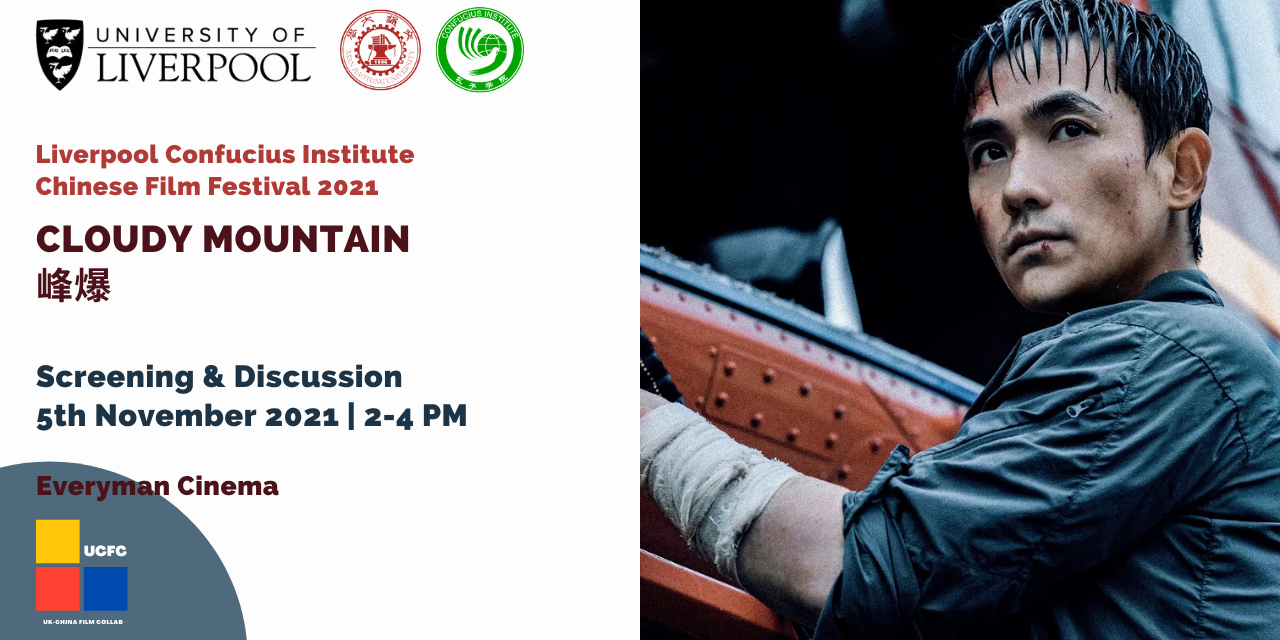 Our Opening Film is Cloudy Mountain (2021) directed by Li Jun.

Based on a real disaster, Cloudy Mountain is about a county in China that was devastated by an earthquake and a group of brave people who sacrificed themselves to save the town and its trapped residents.

Many well-known actors are in the cast, including Zhu Yilong, Huang Zhizhong, Chen Shu and Zhang Yi.

The second film of the festival is A Little Bird Reminds Me (2020) directed by Xin Shi.

Xing was born in a theatre, his father was a stage designer, and mother was an opera singer elsewhere. Due to housing arrangement, Xing and his father lived temporarily behind the stage. In spite of the absence of his mother, Xing spent a joyful and special childhood in the theatre. In mid 1990s, business had dried up for the theater, it was repurposed as a dance hall. The father started up his own business, while the mother quit her career to stay at home and raise the child full-time. In middle school, Xing had a secret crush on a girl named Hai Yan. She was his classmate and the marching band’s conductor. Xing wrote a love letterto her but never received a reply. Guang was a childhood friend of Xing’s who dropped out of school for family reasons. He wanted to practice calligraphy and got rid of hooligan life. But he lost the chance after injuring someone in a fight. In the grandfather’s last will and testament, he encouraged Xing to unremittingly strive to better himself. 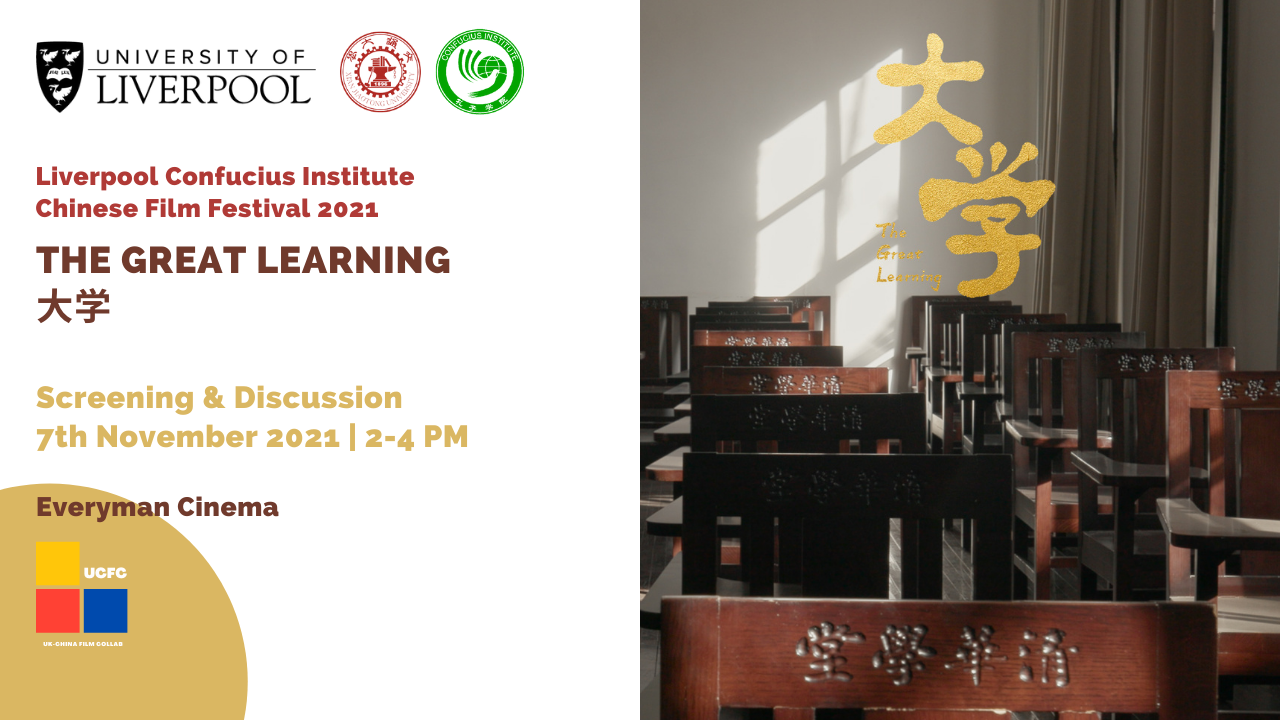 The Closing Film of the festival is The Great Learning (2020) directed by Sun Hong, Wang Jing and Ke Yongquan.

The Liverpool Confucius Institute is a collaborative project between the University of Liverpool, Xi’an Jiaotong University and the Office of Chinese Language Council International (Hanban), for the promotion of Chinese language and culture.

UCFC is a rising NPO for the research, practice and design of film diplomacy.