Commentary | Misrepresentation and Masculinity: A conversation with Dr Derek Hird on Chinese cinema

Dr Derek Hird is Lecturer of Chinese Studies and Deputy Director of the Confucius Institute at Lancaster University. I spoke to him to discuss the misrepresentation of China in western media, and one of his research interests, that is Chinese masculinity.

The misrepresentation of China in British media is a historical and complex issue, but in order to confront the prejudice of our media, we have to ask ourselves- where does it come from?

Derek agrees that journalism plays a significant role in forming public opinion. British journalism is not limited by restrictive press laws, so it is disappointing, though perhaps not surprising, that mainstream media doesn’t present a diversity of voices. This lack of diversity means that the opinions we read about films are dominated by the several big voices (think The BBC’s Film Review, and The Guardian). When social media reared its mighty head, “there was a lot of hope.. that there would be less reliance on institutional media.” Derek highlights however, that we have found the Internet susceptible to the same manipulation and interference as mainstream media. Sadly, the misrepresentation of China is a “problem that extends beyond film” and into book reviews, academic writing and the public consciousness. But why?

“There’s a kind of pattern where in some periods the West becomes very enthusiastic and positive about the opportunity of dialogue and engagement with China.”

“In the early days of the West’s encounter with [Asia]…when the Jesuits were out and in China”, the West looked forward to a “constructive” future, and “there was even a sense that China was in some ways a more enlightened place than Europe.” However, there has always been tension. Some  groups denigrated Chinese philosophy, believing it to be inferior when the “standards of Western philosophy” were applied to it.

With the Opium Wars in the 19th Century, there came the colonialist belief that China was a place “needing to be developed according to Western civilized values.” But strangely alongside this, the West feared China’s strength and potential, and perhaps it is this unease and sense of threat that we read reflected in British journalism today.

Throughout history,  “there’s been just severe racism towards China in the Western press and western literature”, that demonises China as “autocratic” and “dictatorial’. Although the racism that we see today may not always be as overt as it was in the 19th and 20th century press, where China was insultingly labelled “the yellow peril”, discrimination and prejudice still exists.

Derek notes that China is treated as “something different” because it has decided to “forge its own path.” We might compare how Japan, which “decided to  modernize the government, modernize society, adopt Western technology”, and develop according to a western model, is now treated more seriously than China, and this includes the treatment of film.

“Journalists, like the majority of mainstream commentators on China, are approaching China … as this enigma that they can’t understand because it’s not following the rules that it’s supposed to follow”

Derek also signals the importance of the concept of “democracy.” China has refused to follow this “political doctrine” that many other countries such as India, Japan and South Korea have relatively recently chosen to adopt.  In the UK the concept of democracy and the “freedom of the press” is such a “fundamental part of people’s identity” that when we are confronted with a country that doesn’t follow the same system, our initial response is probably going to be defensive or dismissive. This is again something that we see in journalism.

Of course, it is impossible to generalise and there are journalists who give space to Chinese culture, but perhaps if we, as consumers of the press, can be aware of the origin of prejudice against China, we may not accept or overlook it so easily.

Considering this often negative portrayal of China in Western media, it is interesting to reflect on how the influence of the Opening Up and Reform era and the resulting contact with the West is felt in Chinese cinema.

East Palace West Palace is a relatively well-known Chinese film, directed by Zhang Yuan and based on a story by Wang Xiaobo. Made in the 1990s, it was one of first films to explore the new kinds of gay identity and mascunlity that were emerging in China as a result of China’s engagement with “cultural products” and ideas from across the world.

The films centers on A Lan, a “young gay man who is exploring his sexual desires” who visits the park to meet other gay men. The central relationship of the film is between A Lan and the police officer, Xiao Shi, who patrols the park to put a stop to the homosexual activity. 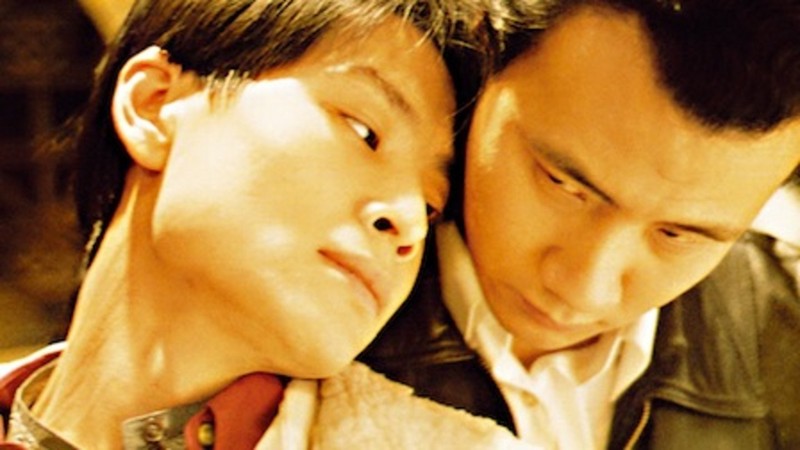 Derek has written about the enactment of gender in the film and the blurring of the boundaries between masculinity and femininity. The film explores “the kind of assumptions that underlie mainstream ideas and practices”, as well as the interaction between gender performance and sexuality.

Xiao Shi, the policeman, is the “classic symbol of authority”, and follows the “rigid…notions about what it means to be a man and how a man should behave.” Xiao Shi is defined largely by his physicality and aggression, inflicting violence upon A Lan, who takes up a more passive role in the dynamic. For A Lan, it is more his intellectuality and emotions that define him; what he inflicts upon Xiao Shi is not physical, it is rather acts of romantic idealism, bordering on infatuation. Significantly, A Lan’s gender performance is not typically masculine.

He is seen wearing a red dress at several points during the film and is even mistaken for a woman on various occasions. By equating the hypermasculine authority figure with the state and the submissive A Lan with femininity, the film not only questions gender but the relationship between the state and its people. It is an important exploration of “gender in the Chinese context” and asks the question “what is the kind of masculinity that the state expects its officers to uphold and enact?” 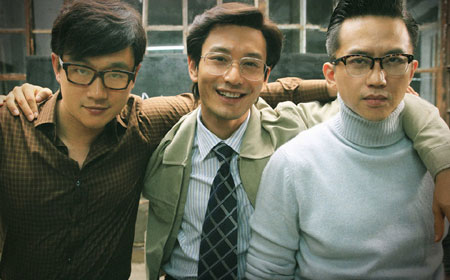 This new openness to the rest of the world meant that Chinese people were leaving the country  more often to visit America.  American Dreams In China presents “the desire that Chinese men have to play a role on the world stage, to prove that they are.. equal to or better than anybody else. But also it speaks to a … lack of confidence in their ability to do that [because] they still seek the acknowledgement [and] the recognition of the Americans.”

The film ends with the protagonists in an office block in New York, “the heart of America.”  winning a legal battle against corporate American lawyers. The American masculinity in the film is centered around what we might consider typical American concepts : “big business, capitalism, making money.” The conclusion of the film is “a kind of symbolic victory over American men. In a sense, it’s Chinese men [and] Chinese masculinity stepping out onto the world stage.”

Where American Dreams In China was about “business and Chinese businessmen taking on the world”, more recent films have portrayed “the Chinese military taking on the world and beating up the Americans.”  Films such as Wolf Warrior are adopting the Hollywood action trope of the ‘Rambo’ figure to present a more “militarized masculinity.”

As Chinese films are starting to gain a presence on the cinematic world stage, it will be fascinating to track the evolution of Chinese masculinity on screen, and whether or not our journalism evolves with it.