Odyssey – a Chinese Cinema Season was a hybrid annual film festival dedicated to promoting Chinese-language films in the UK between 10 May and 10 June, presented by the UK-China Film Collab. A new theme has been announced for its 2023 edition next year: “Global Sustainability”. 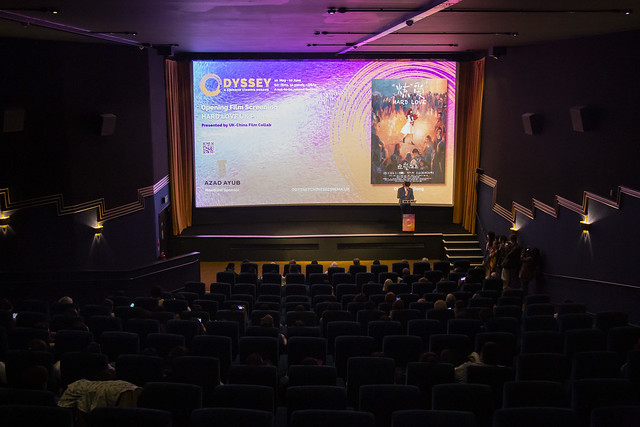 Odyssey’s mission is to celebrate a shared appreciation of film, an inclusive experience and to inspire cross-cultural understanding. The festival aims to introduce young Chinese film talents to the UK audience each year and provides a shared space for professionals to exchange new ideas.

The a-month-long Odyssey Film Festival in 2022 screened over 60 films in 8 curated sections (online and offline), conducted 10 discussion panels, exclusive Q&As and presented 4 awards. By bringing a series of curated Chinese-language films to the UK, helping them to reach the wider audience and using them to inspire new discussions between the two countries, we believe this has truly been a journey to the West. All the panels and Q&As are now available to catch up on our YouTube channel.

Here is a video which captures our opening film screening & ceremony at Fulham Road Picturehouse in May:

It is our pleasure to announce the theme for Odyssey: a Chinese cinema season’s 2023 edition next year – “Global Sustainability”. This will be the first ever Chinese-language film festival dedicated to such a topic and we are committed to a new exploration. From the film programme’s curation, to discussion panels and to the Q&As, all contents of the festival will aim to contribute a lively debate and discussion about “Global Sustainability”. The theme will closely respond to the United Nations’ 17 Sustainability Development Goals (SDGs).

We look forward to finding the best Chinese-language films as well as international-Chinese co-productions responding to all SDGs above defined by the United Nations. 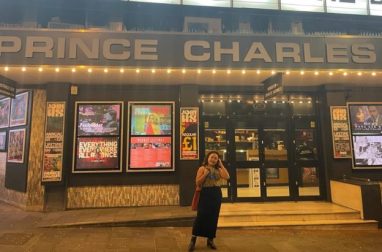 Riley Wong has been appointed as the Lead Curator for our annual film festival Odyssey: a Chinese cinema season next year. Riley joined the UK-China Film Collab (UCFC) via our placement partnership with Birkbeck, University of London this year. She successfully delivered her proposed internship project “Heroic Missions: Johnnie To Retrospective” as part of her credited module in July. Since then, she continued to contribute to different projects by UCFC, including “Septet: the Story of Hong Kong’s UK Premiere”, “The Next Asian Star” and many more. As the Lead Curator, Riley will be responsible in choosing most film contents based on the festival theme, working closely with other committee members who will be confirmed later this month.

Apart from our usual festival contents, the festival also aims to conduct several campaigns among the Chinese communities in the UK in order maximise our impact in the society. In addition to the usual roles in the committee, a new role, Lead of Campaign will also be appointed to support the 2023 edition.

We look forward to bringing you more updates about our festival next year, please stay in touch with UCFC’s usual channels as well as the festival’s own channels. If you have a suitable film to be submitted to the festival, please contact Riley via riley.wong@ukchinafilm.uk.