The Shanghai International Film Festival has recently announced its call for submission for its 2020 edition.

The century-old film culture and film industry has wrought a rich film and cultural foundation for the city of Shanghai. In 1993, the Shanghai International Film Festival (SIFF) was born in the tide of reform and opening up. In 1994, it was recognised by the International Federation of Film Producers Associations as the first and only international non-specialised competitive film festival in China.

The recent best achievement for the UK film industry at this particular film festival was 2017, when Loving Vincent won the Best Animation Feature Film Award. But the UK’s engagement with SIFF can be traced back to as early as 1997, when Phil Agland’s The Woodlanders won both the BEST FEATURE FILM and the BEST DIRECTOR award.

As commented elsewhere (2019 & 2018), that the UK film industry has not necessarily utilised enough the opportunities that SIFF offers. UK-China Film Collab Project can therefore provide strategies support to UK film companies that are considering submitting their work to the 2020 edition. 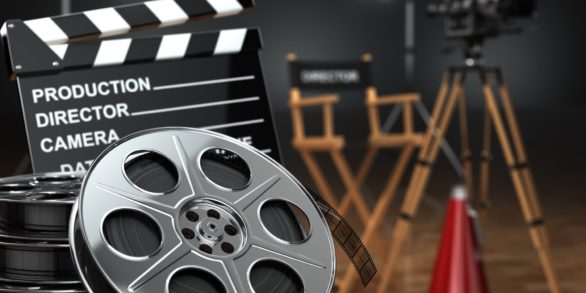 Below is the original call from the Shanghai International Film Festival:

Article 2
SIFF was ratified by the State Council of China, it is one of the FIAPF-accredited non-specialized competitive film festivals throughout the world.

Article 4
The Festival chooses and invites the films which will be presented in competitions.

The feature-length films that meet the following conditions are eligible for Fiction Competition of Golden Goblet Award:

The feature-length documentary films that meet the following conditions are eligible for Documentary Competition of Golden Goblet Award:

The feature length animation films that  meet the following conditions are eligible for Animation Competition for Golden Goblet Award:

Article 5
In order to be eligible for selection, a film must be submitted to the Festival no later than March 31, 2020. We require either media storage devices (DV, USB Disk, Hard Disk) or online screener for preview. Screeners may be sent to the following address by the above deadline:

In the meantime, online film submission at www.siff.com is necessarily requested.

Article 6
More documentation on each selected film including synopsis, film stills, biography & photo of director, cast and crew list for catalogue uses, as well as English subtitled/dialogue list, poster and film trailer (Detailed material list will be indicated in the film invitation separately), much reach the Festival before May 20, 2020.

DCP of the selected films much reach the Festival before May 31, 2020. It is obligatory for the submitter to follow the shipping instructions which accompany notification of film selection into the Festival

During the entire Festival, none of the selected films may be shown outside the Festival’s official theaters before its official presentation.

Article 8
Films in languages other than English must be subtitled in English. The subtitling expenses are the responsibility of the submitters. The submitters must provide the Festival with complete English subtitled lists which accord with those on the DCP. For versions not corresponding exactly to this definition, the Festival will decide unilaterally whether the films in question are acceptable. All films will be electronically subtitled in Chinese during the Festival. Translation of subtitles from English to Chinese and the screening o the subtitles will be complimentarily operated by the Festival.

Article 9
The festival designates the members of the Jury as well as President for Golden Goblet Award competition programs. Decision on each award will be officially announced at the Closing & Wards Ceremony. No person having taken part in the production or exploitation of a film in competition may be on the Jury. All jury members are sworn to secrecy. The Juries are obliged to present:

Fiction Competition, an award for

Documentary Competition, an award for

Article 11
All expenses for the transport of screener to the Festival, including custom fees and insurance, are the entire responsibility of the submitter.

In case of damage to or lass of the DCPs during the period from the receipt of the DCPs to the delivery of DCPs by the Forwarding Agent, the Festival is only responsible for the costs involved in making a new DCP according to the current laboratory rates for ordering a standard DCP.

Article 12
All the film DCPs must be addressed as follows:

The Festival must be notified of film titles, film format, date and wary of delivery as well as the air waybill when films are sent.

DCPs will be returned to the address indicated by the submitter within two weeks of the Festival.

Article 13
The director and main casts of the selected films will be invited to attend the Festival (Detailed offerings will be indicated in the invitation separately).

Article 14
The Festival maintains the right to decide all cases not provided in these Regulations, taking into account the the clauses of the FIAPF International Regulations.

Article 15
Participation in the Festival implies adherence to the regulations as here set out. It is the responsibility of producers, distributors, or other organisations submitting a film to ensure that they are legitimately entitled to enter a film in the Festival.

Article 16
SIFF Organisation Committee reserves the right of final explanation of all above articles.