Film collaboration between Japan and China during Shinzo Abe’s governance

It is with great sorrow that we learnt of the tragic passing of former Japanese Prime Minister Shinzo Abe. Our thoughts are with his family. 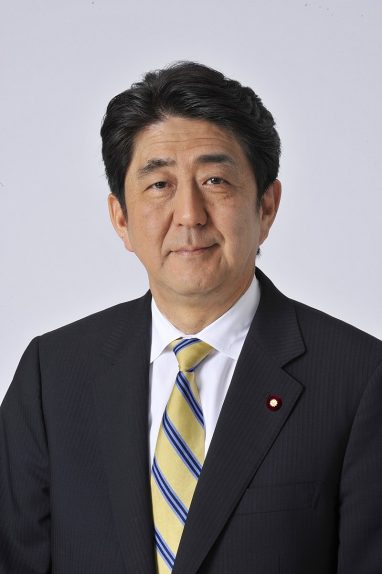 Shinzo Abe (安倍 晋三, 21 September 1954 – 8 July 2022) was a Japanese politician who served as Prime Minister of Japan and President of the Liberal Democratic Party from 2006 to 2007 and from 2012 to 2020. He was the longest-serving prime minister in Japanese history. Abe died on 8 July 202, after being shot while delivering a campaign speech in Nara.

We strongly disagree with any form of humiliation at the expense of any person’s death, regardless of the political situation. Empathy is what will help to contribute toward peace building. At this moment, our thoughts are with Abe’s family and those who are in grief.

I did not know Abe in person, but I have been following the practice of cultural diplomacy worldwide, especially around film. I feel that it is necessary to highlight some very significant achievements during Abe’s governance in cultural exchanges between Japan and China, particularly in the film industry. These facts are worth to be known by the public. As a small non-profit organisation we care about diplomatic potentials in film collaboration, as a believer of these potentials, therefore it is my duty to write this article to pay respect to late Mr Shinzo Abe.

For the very first time, a film co-production treaty was signed between the Chinese and the Japanese governments in 2018. The treaty was aimed to deepen ties between the two countries through improved cultural cooperation. The signing of the treaty marked the 40th anniversary of the Japan-China Treaty of Peace and Friendship, which formally normalised relations between the two nations after Japan’s deadly invasion in China during World War II. This treaty was Japan’s first of its kind international film cooperation pact. The signing of the co-production treaty was a symbolic gesture to accompany Abe’s visit to Beijing during the same year. This was the first official visit to China by a Japanese Prime Minister in nearly seven years.

The co-production treaty was a result from high level diplomatic efforts from both sides. The policy is still fresh to be explored by filmmakers from both countries in terms of creative collaboration. Many Chinese filmmakers have been influenced by Japanese film masters, past and present. It should be any critic and audience’s curiosity to see some fresh outcomes supported by this treaty.

We are optimistic and believe co-production films with China are easier to be made for Japan than the United Kingdom, due to a closer cultural connection and a closer distance. 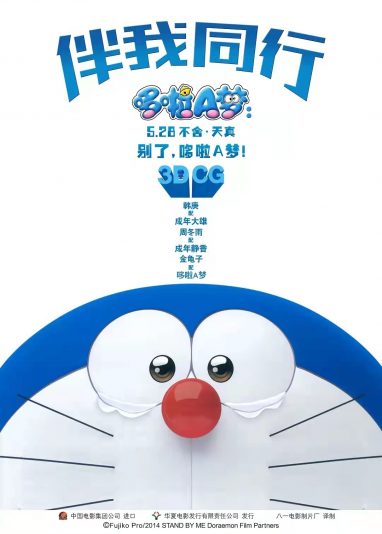 The foreplay started earlier than 2018

Japanese animation “Stand By Me Doraemon” took over “Avengers: Age of Ultron” and topped the Chinese box office over the opening weekend back in 2015. It grossed $38.3 million in only four days and became the highest grossed Japanese film at Chinese cinemas in recent times. Before this animation’s wide release in China, Japanese films were hardly anywhere to see as an official release. Japanese cinema fans mainly  consumed contents from piracy sources. “Stand By Me Doraemon” marked a new chapter for Japanese cinema in China and the rest is history.

The Doraemon climax in China did not come from nowhere. In the past six months prior the film’s release in China in 2015, Abe and China’s leader Xi had met twice already, to explore friendlier ties between the world’s second and third-biggest economies.

Doraemon has a large number of fans in China, the airline company aimed to attract more Chinese customers, especially during holidays. The Doraemon jet was in service for one year until March 2017, where themed services and souvenirs were also provided on the plane.

Japanese films being released at Chinese cinemas is now a very common business since 2015.  The release of animation “Your Name.” in 2016 created another sensation, which ranked No. 25 in China’s box-office that year. From January to August in 2018, 8 Japanese films, including the Palme d’Or-winning “Shoplifters” were imported to the Chinese mainland. This number equaled to the total of 2016 and 2017 during the same periods. The main cast from “Shoplifters” toured around China in major cities in order to support its nation-wide release. “Stand By Me Doraemon 2” was released in 2020 while a 1995 classic, Love Letter’s restoration, was released in 2021. The traffic is not just one way. Indeed, more Japanese films being released in China also enabled more Chinese films to be released in Japan. Controversial Chinese war film “The Eight Hundred” which portraits Japan’s invasion in Shanghai in 1937 received a general release in Japan finally, in 2021.

The reverse traffic deserves another article for a more in depth discussion.

The relationship between China and Japan is one of the most complex geopolitics in modern history. A friendship was almost not expected by many. But during Shinzo Abe’s time, at least what we experienced in the film world, was a miracle. A regular exchange in film exhibition business is a healthy sign for a people level’s dialogue. There are many Japanese cinema fans in China, the largest film market’s economy will benefit if the audience can continue to have access to films from Japan and from all over the world. If European countries continue to hate each other because of their centuries of wars, there won’t be any progress in cilvilisation. We should not look at the past but focus on the future, focus on the positive outcomes rather than the negative ones. Film to some extent, gives people hope.

Despite many disputes,  we should not forget what Shinzo Abe supported in film collaboration between Japan and China during his governance. The diplomacy was unique and brave which helped to lay a solid foundation for a further dialogue to be built on.

May you rest in peace.