Avatar: the Way of Water (2022) opens in China for a nation-wide release today on 16 December, a campaign led by UK-China Film Collab (UCFC) is quietly happening on the ground.

While the studio is expecting to have a sizable box-office from this market, it might not meet its target due to China’s recent sudden relaxation of its COVID restriction. We have launched a campaign to support cinemas to re-open in China, riding on Avatar 2’s release. The campaign is to organise private screenings in 8 cities. The cinema takes 100% of the box-office as it was a sold out show. It aims to encourage young audience to discuss about the film/the event and return to the cinemas. Most of the cities were fully signed up after 2 days.

James Cameron has long been a good friend of China. He is the most well-known Hollywood director in the country. When Titanic (1998) was first released, the country was at the beginning of its opening up after a long period of internal struggle. At the dawn of its market boom, many still remember the enthusiasm that Chinese audience showed towards Titanic. It was a significant moment in China’s history, also a triumph landmark for Hollywood in the Far East. 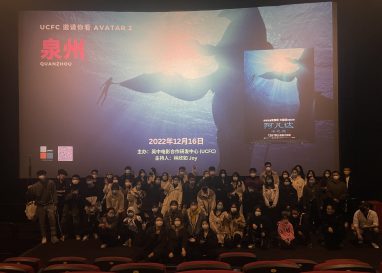 The release of Avatar in China 13 years ago was a success, it accumulated almost 10% of the total global box-office. Over the years, the re-releases of both Titanic and the first Avatar continue to make Cameron the single highest grossing Hollywood director in this market. However, box-office and fame are not the only connection. In 2021, a documentary titled The Six was released in China, after premiering at the Shanghai International Film Festival. Cameron acts as the Executive Producer, and the documentary is directed by British filmmaker Arthur Jones. The Six tells an unknown history about six Chinese survivors from the Titanic tragedy. “Titanic is also a Chinese story”, says Cameron in his cameo. The documentary’s investigation also leads to other racial related debate in both the American and British history. A critical reflection on ‘discrimination’ and ‘colonisation’ is the main theme of Avatar: the Way of Water. In a way, Cameron has achieved something that China would have loved to achieve on the big screen. The film’s central narrative is a critique of war-driven mentality that will gain sympathy from the Chinese audience on one hand, but also as a subtle warning to this rising power.

As China is in the process of a new transformation opening up from a long zero-COVID policy, Avatar 2 opens in the country today on 16 December. Although the film has already attracted an over $16m ticket pre-sale figure, the country’s cinema-going sentiment is still unstable. Many cinemas have been struggling to stay open since the beginning of 2020.

As a gesture to support cinemas to reopen in China after its latest lock down, as a gesture to pay respect to Cameron’s love of the cinema, UK-China Film Collab (UCFC) have arranged 8 special buy-out screenings in 8 different cities. We have invited our social media followers to celebrate this special moment together. These 8 cities are: Beijing, Shanghai, Chengdu Shenyang, Jinan, Wenzhou, Ningbo and Quanzhou. Each city’s screening event was hosted by a young Chinese student or a recent graduate from a UK university, delivering a short introduction about our campaign. Most of our campaign volunteers are distance learning students in their early 20s from De Montfort University, studying for their BA degree in Global Arts & Festival Management.

Founder & Director of UCFC Dr Hiu Man Chan says: “To my knowledge, no other NGO have done what we have achieved today on this scale. We hope this gesture can encourage people to return to the cinema, wherever they are. We also hope this campaign can be seen as an alternative endeavour as a response to how ideological differences can be mediated via our mutual love of the cinema.”