Odyssey: Announcement of the Winners of Awards

The month-long Odyssey: a Chinese cinema season has officially bid farewell to the audience on June 10. Throughout this 32-day cinematic journey, Odyssey has been able to share with its audience across the UK a glimpse into the wonders created by Chinese filmmakers, the charm of the new generation talents as well as the indulgence of everlasting classics.

With our hybrid model combining online and offline screenings, we began our journey with the opening film “Hard Love” to explore the life of single women in contemporary Chinese society. The festival then ended with an online section titled Chinese Regional Cinema which guaranteed some inspiring and colourful viewing experience.

Odyssey: a Chinese cinema season, with the support of our headline sponsor Azad Ayub, was presented online via Shift 72 as well as at the Picturehouse and The Prince Charles cinemas in London and Edinburgh. 8 thematic sections were curated to exemplify the diverse sparkles of Chinese language cinema, including 4 short film sections and 4 feature film sections.

Odyssey accompanied our audience on a journey through the new wave of Chinese language cinema, exploring cultural imprints from different regions, recalling classics from memory, and listening to ‘her’ stories and challenges in life. In addition to showcasing over 60 Chinese films to UK audiences, Odyssey also hosted 10 online film industry panels, taking our audiences behind the scenes to discuss a wide range of cutting-edge topics related to UK-China film collaboration.

This year, we have set up four awards: “Neo Horizon: The Audience Award”, “The Lawrence Wing Nap Geung Best Film Award”, “The Ink Factory Best Short Film Award”, and “The UCFC Founder’s Award for the Best Impact Film”, to encourage talented Chinese filmmakers of a new generation, recognise their contribution to building cross-cultural understanding. A prize of £300 has been set up for each award to encourage their creative enthusiasm. The four winners of the awards have been selected after thorough votes from the festival committee, the audiences as well as our award sponsors.

Here are the winners of this year’s festival awards.

Odyssey aims to promote Chinese language film talent and cross-cultural exchange. With the audience experience in mind, we have created the Neo Horizon programme that contains six wonderful short films for competition, which aims to promote audience engagement in watching short films and participating in our evaluation process. Our online platform launched a voting feature during the festival and every audience had the opportunity to participate in our judging process, contributing to the selection of our favourite films.

With a gradual and observational narration and a European festival repertoire aesthetic approach, Summer Swing was chosen to be the most popular short film at the festival. The film reached audiences through the online platform and received the highest votes. Through a flashback to a youthful adventure in the 80s, Summer Swing reflects on people’s idea of freedom today. The film’s nostalgic mise-en-scene and layered cinematography bring the audience into the world on the screen instantly. The characters’ pursuit and love of freedom and art also managed to connect with the international audience, allowing them to experience the coincidences and changes with the young protagonist.

The festival organising committee and the sponsor of this award, Mr Lawrence Wing Nap Geung, have voted to select the best feature film for this year’s festival.

Lan Yu 4K is the most successful film in our festival this year. The offline screening took place 12 May and it was sold out for a 300-seat auditorium. The success of this screening in London is a very good case study. For an international audience, they are still open and curious about Chinese language films. However, most of them might be more interested in stories and debates that they can relate to. For example, discussions about humanity and current affairs. We cannot deny that Lan Yu plays such an important role in Chinese cinema history, bringing a new landscape into ordinary people’s consciousness (the LGBTQ+ community in China). The creative team not only established a new topic to be paid attention to in cinema, but also handled a good measure on political sensitivity.

About the Award Sponsor 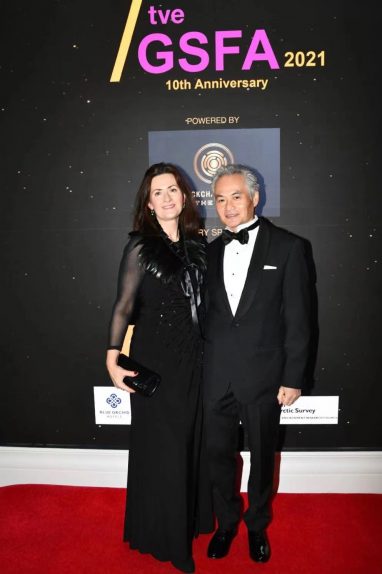 Lawrence’s academic background comprises an MSc in Knowledge Engineering. In 1996, he founded his own IT consulting business in the UK, and after considerable expansion relaunched his company as Commerce-Connections in 1999, specialising in business-to-business Electronic Data Interchange.

After 15 years of personally investing in profitable luxury homes in London, Lawrence has been sought out to advise and assist other affluent investors with their central London property ventures. His success spurred him to found Centurion-Connections, with the goal of enabling others to benefit from the current attractive yields and security that prime central London property provides. Classic cars and polo are his other passions: Lawrence has an impressive personal collection of rare cars and is an active polo player, frequently playing for the King Kong Polo Team, which he sponsors.

Lawrence has recently turned his interest to the film industry, and is working as Executive Producer on a new international film.

The festival committees, together with the sponsor of this award, Mr. Simon Cornwell from The Ink Factory, have voted internally for the best short film from our list of films in this year’s festival.

A Gentle Night stands out from a professional selection. The filmmaker found the inspiration for his film in a local news story from everyday life and explored traditional values thoroughly in the hidden details of the story. “In Confucianism, we have five sacred figures that we should worship: “Heaven, Earth, King, Father and Teacher”,” the author mentioned when talking about his work. ” There is no mention of women or children anywhere. And this is the underlying tone and colour of our society for thousands of years.” The film brings forgotten stories and communities to light, in line with the ideas of the festival and its sponsors. Through its sophisticated and well-crafted characters, A Gentle Night tells a story about women, bringing the audience a thunder in silence.

About the Award Sponsor 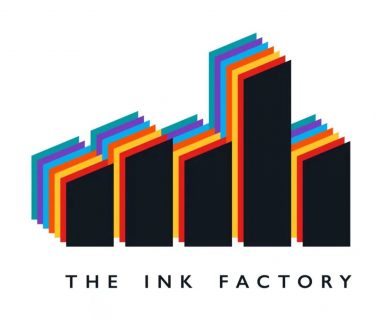 The Ink Factory is an award-winning independent studio with global reach, founded in 2010 by Stephen and Simon Cornwell, sons of novelist John le Carré. The company’s productions include global hit television series The Night Manager, and The Little Drummer Girl, directed by Park Chan-wook. Both are based on le Carré’s work.

In 2021, in partnership with the company 127 Wall and with support from the BFI, the company began developing its Asia slate to bring le Carré’s stories to life in Asia, and to bring the voices of Asian creators to a global audience. The Ink Factory’s first Asian project is currently in production and will be released later this year.

The UCFC Founder’s Award for the Best Impact Film

This award is given  to the most socially relevant and humane film selected from all the films in the competition, including all short and feature films. It is a film with the greatest social value and is in line with the founding mission of the UCFC. What kind of film would best inspire and encourage collaboration and cutting-edge discussion on film between the UK and the Greater China region? This is an ongoing process of discovery and is the potential we see in the award winner. This award is selected by all members of the UCFC.

As the opening film, Hard Love attracted the most diverse audience in the festival. Former Japanese diplomat Ms Rie Hamaguchi was invited to attend Odyssey’s opening screening event. After watching the film, she could not stop praising the documentary: “This is profoundly realistic. The topic that it talks about, independent women and challenges in finding love, is also very common in Japan. I believe that this documentary will also touch the audience in Japan and even in Korea. Common issues and concerns do not have any boundary. I am very touched to be able to watch this documentary on a big screen!”

Odyssey: a Chinese cinema season congratulates all the winners and their production teams, and we would like to thank our audiences for their support of the festival. We look forward to exploring the world through lenses with our audience in the near future. Finally, we would like to take this opportunity to express our sincere hope that all Chinese filmmakers, practitioners, and cinephiles can have faith to explore their own voices and enlight their wonderful future. The camera never stops!