Argentina was invited to be the “guest country of honour” at the 12th Beijing International Film Festival this year. It is expected that a series of Argentinian cinema season will be touring across different cities in China thereafter. The first season was announced to be hosted at the Lumiere Pavilion cinema in Wuhan between 26 August and 11 September.

Lumiere Pavilion continues to be at the forefront as an exhibitor in promoting foreign film season in mainland China. The cinema chain has collaborated with many foreign embassies in China to promote special film season. As we continue to advocate, the UK is seriously behind in the practice of film diplomacy in China comparing to other countries, even Argentina.

Presented by Lumiere Pavilion, Time-in-Portrait Entertainment & Hugoeast, the new “Argentinean Film Festival 2022” which will launch tomorrow on Friday 26 August at the Lumiere Pavilion cinema in the city of Wuhan. 6 films have been selected as part of the programme. 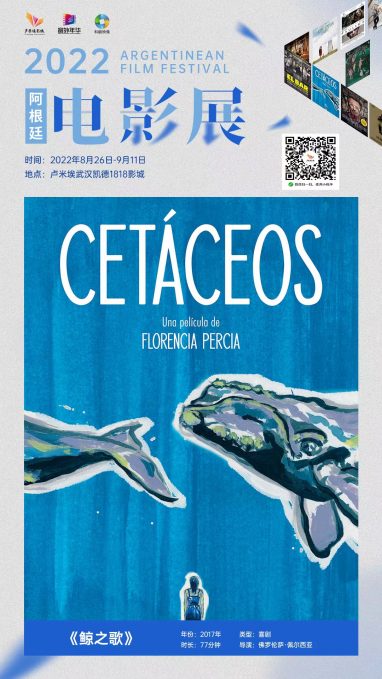 Clara and Alejandro are moving to a new home, but soon he goes on a work trip and she stays alone, surrounded by closed boxes. This mess compels her to live new experiences that will lead her to question the closed and hermetic world where she lives.

A winner of the Nobel Prize for Literature, who has been living in Europe for decades, accepts an invitation to receive another award. In Argentina he finds both similarities and irreconcilable differences with the people of his hometown.

Hortensia’s father is electrocuted with the refrigerator door; she is fired from work; she discovers that her boyfriend is cheating on her with her best friend. Desperate, follows the goals she wrote when was fourteen: “to marry a boy who is blond like my father and to design the most beautiful shoe in the world.” Things will only get worse while she fails to listen to her true self.

A veil of sadness lies over the oppressively hot summer days. Cleo dives into daydreams with her cousins, the girls share secret signs and rituals. Flowing gently, in impressionistic images, the empty space that the death of Cleo’s sister has left in the family is poetically encircled.

Arturo is an unscrupulous art dealer and Renzo his socially-awkward painter and longtime friend. Willing to risk it all, they develop an extreme and ludicrous plan to save themselves.

The life and love story of Argentina’s famous tango dancers Maria Nieves Rego and Juan Carlos Copes, who met as teenagers and danced together for nearly fifty years until a painful separation tore them apart.

Soon, if not already, the number of Chinese audience who have seen films from around the world will be greater than any nation, in combination.

Tickets are now on sale.